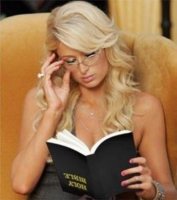 ************* (born Charles Johnson in Little Rock, Arkansas) is an American radio personality. He is a disc jockey based in Detroit, Michigan whose on-air journey of musical and social development shaped a generation of music-lovers in Detroit and throughout southeastern Michigan and Canada and was of importance to the development of Detroit techno.

He is recognized for having introduced many artists into the Detroit radio market, including Prince, The B-52's, and Kraftwerk, and was occasionally thanked on-air by the artists for his support of their work. Prince granted **** a telephone interview following a sold out birthday concert at Cobo Arena on June 7, 1986, during an era when Prince rarely if ever granted interviews. He was visited in the studio by The B-52's and The J. Geils Band with the latter thanking him for playing "Flamethrower" from their album Freeze Frame.
Omhoog